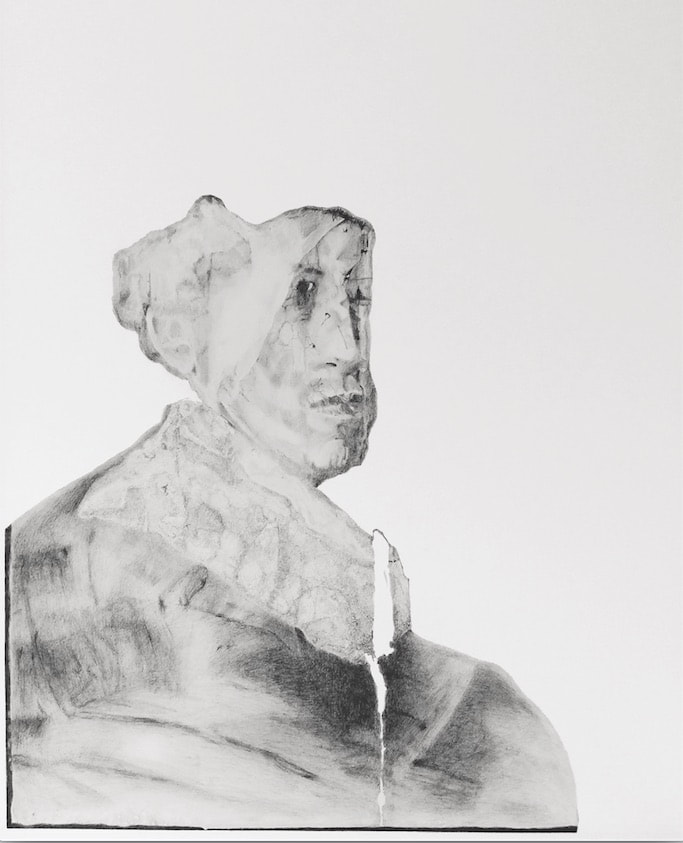 2. Looted salt mine 1945 Manet in the Winter Garden Pencil on paper, Winner of the Derwent International Drawing Prize 2014.